In the biggest move ever so far, they have ventured into AI or Artificial Intelligence, where the machines they have invented have advanced so much that they know you ‘better than you know yourself’. Scary? Yes, very! And awesome too! 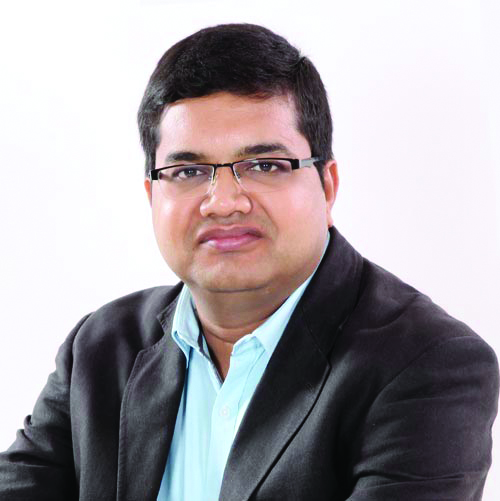 They say civilisation, as we know it, commenced with the taming of fire. The only mammal known to have conquered fire, humans subsequently went on to invent the wheel, tame hydro-power for electricity, and step into the ‘digital’ age. And now, in the biggest move ever so far, they have ventured into AI or Artificial Intelligence, where the machines they have invented have advanced so much that they know you ‘better than you know yourself’. Scary? Yes, very! And awesome too!

The advent of the internet and the world wide web, and the consequent access to massive volumes of digital data relevant to one’s profession, has revolutionized the human approach to work in any sector. The medical profession is no different. And, like the other professions, it has become, as a result, more informed and analytical in its approach.

Critically flawed suboptimal decisions are an ugly reality the medical profession faces from time to time. In practicing what’s called ‘the art of medicine’: which, in simpler terms mean decision-making grounded on erratic and imperfect provider knowledge, flexible skills, training, and experience, and inter alia a range of biases, predictably, this results in a variation in care that is undesirable and unexplained by patient factors or the clinical situation.

Across the medical world, in every moment, there is a medical decision taken which begs for a further informed, more precise and safer approach. It’s also the era of big data, and medicine as a profession needs to move on to tackle this new epoch, to make decisions that are evidence-based, value-based and consistent. This is where AI steps in, and, learns how to manage those massive data banks in healthcare; to classify, predict and optimise, with a view to help with diagnosis, triage and prognosis, and precision treatment. The potential is immense and the scope infinite. .

Development of Severity Scoring Systems have long used AI but now AI also helps various branches of medical science; like, the psychiatrist in his assessment of the risk of suicide. Physicians working at the primary level of care may find it a hard task recognising depression in a patient or predicting if the patient is about to be depressed. Making a decision about who is suicidal and who is not, is again unpredictable; because seeking medical help is usually only done at very advanced stages of the illness. AI changes this scenario, by making projected predictions, based on behavioural patterns and data.

And then there are the physiological monitors into which AI is being built. Even decisions like how to treat sepsis, assessing readmission risk, recognising consciousness in unresponsive patients etc could take the help of AI in near future.

AI, a Threat to the Clinician?

So, does AI pose a threat to the profession? Actually, not a chance! The race is not going to be between AI and the doctor, but between the clini- cian who is AI-aware and the clinician who is not.

The scope for guidance and support from AI in the case of patients with complex conditions is seen as enormous. Think patients with manifold and lingering medical issues; or about taking a decision of surgery on a patient with very delicate health and a complicated medical problem. Humans are not going to be pushed behind by machines here; one needs to think of the ways in which humans will implement and merge this competence into how they practice medicine.

The Approach to AI

It's imperative that AI finds acceptability among patients and providers; it should be deemed useful by those who pay for services. Only then will healthcare systems, and hospitals adopt AI whole-heartedly. Trivial gains can only perpetuate minimal value additions, and lead to a mistrust of a system where referral, diagnosis, treatment and healthcare costs go overboard.

The task of building trusted models is therefore the challenge before the medical community. The algorithms of AI need engineering-intensive data extraction and integration; also, standardised and curated data that’s intensive in clinical domain expertise. The new partnership will be between the data scientist, engineer and the clinician. This path is full of challenges.

Reliable and well-curated data is the key to AI in healthcare. Clinical data generally is not accessible at one source, and lies scattered across various systems. The proprietary formats of housing these data need to be addressed and data extracted, often at high cost. It’s an extensive job. Even if one is able to get the data, it’s not always the ideal value, and often task-heavy. Obviously, the presence of medical informatics experts is crucial. And they need to collaborate with researchers who work on mundane and laborious data housekeeping work. It’s up to the hospital to invest into this hygiene.

The next essential but often overlooked step would be designing suitable applications and integrating them suitably with clinical workflows. Flaws in design would inevitably lead to cognitive fatigue and information overload.

AI therefore needs to enter the scene as a seamless aid to better decision making to both clinicians and patients, if it is to work together with human clinical methods.