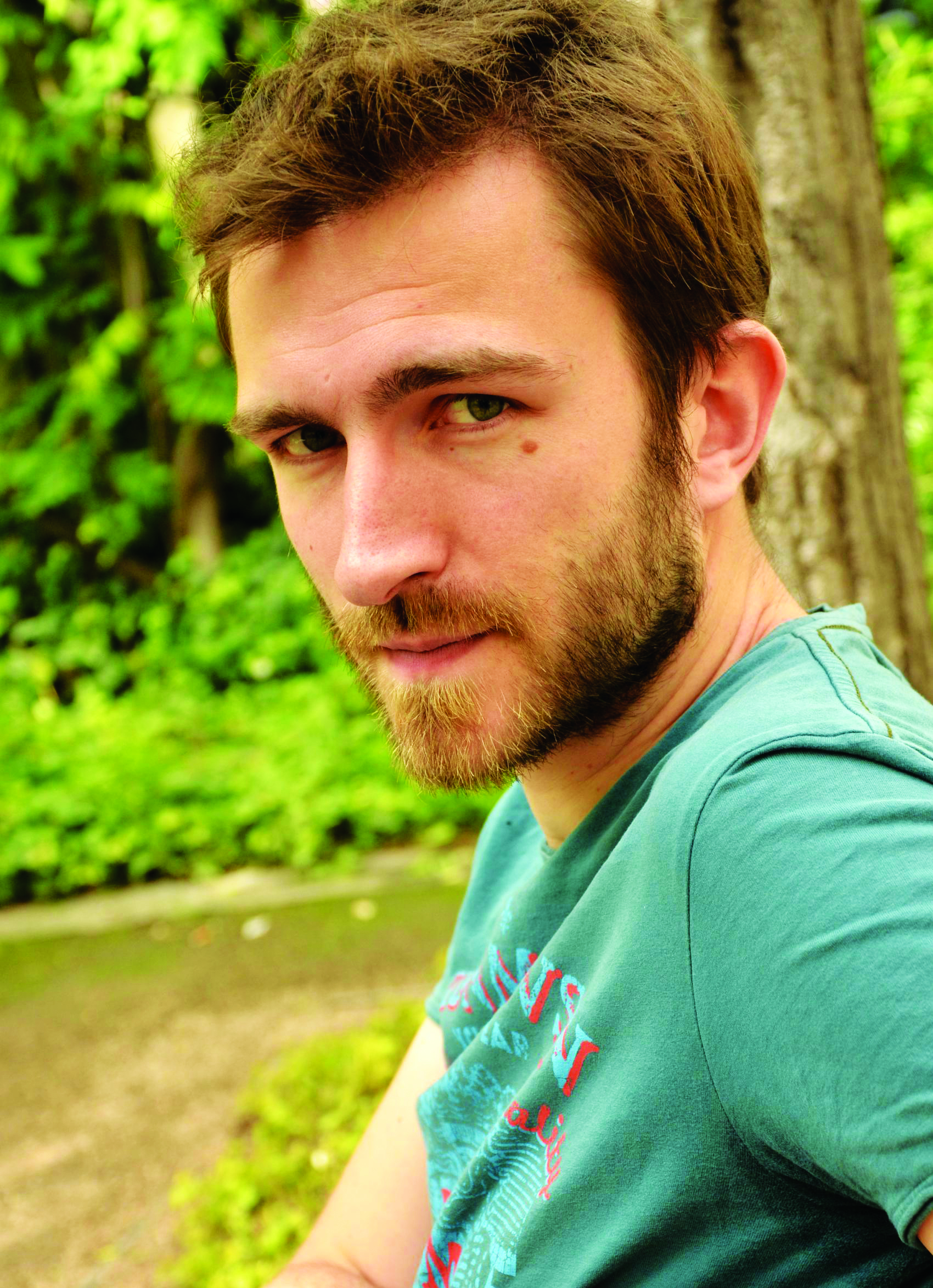 Slowly and insidiously, they pile up in the brains of people with Alzheimer’s disease.

Abnormal bits of protein known as amyloid-β glom onto each other to form the infamous plaques that reminded German psychiatrist Alois Alzheimer of millet seeds when he first spotted them in the brain of a deceased patient in 1906. And then there are the tau proteins, which normally help to stabilize the cellular skeleton of brain cells, but may start to form tangles as people age, or when tau is defective.

The consequences are also familiar: Short-term memory loss usually comes first, then mood swings, language impairment, disorientation and confusion inevitably ensue. But how these symptoms result from the two faulty proteins and the tangles and plaques they create has long been unclear.

To study Alzheimer’s brain tissue, for decades neuroscientists had to make do with slices of brain they could manipulate in the lab. But how comparable was this to what goes on in living, intact brains affected by Alzheimer’s? About 15 years ago, technology developed in the lab of neuroscientist Arthur Konnerth at the Technical University of Munich offered a way to get at this question by allowing scientists to watch the brains of mice in action.

Marc Aurel Busche, a neuroscientist and psychiatrist at the UK Dementia Research Institute in London who conducts research and counsels patients with memory issues, was the first to apply this new technique to mouse models of Alzheimer’s. It has led to some surprising results, as outlined in an article by Konnerth, Busche and two other colleagues in the Annual Review of Neuroscience. This interview has been edited for length and clarity.

Can you explain in basic terms how this technique allows us to see the brain in action?

What we really see is calcium flowing into the cells, which happens every time a nerve cell fires.

To make this visible, we add molecules to the brain cells that can bind calcium and will change their fluorescence when they do so — a change we can see or record using a microscope. For the studies we have done, we have removed a very small part of the cortex, the outer layer of the brain, so we could also see other regions such as the hippocampus, which is important in memory.

Newer developments now allow us to make images of the hippocampus without removing the cortex. But in any case, we have been able to show that the removal did not affect mouse behavior or activity levels.

Mice have rather different brains from ours, and they don’t live anywhere near as long. How do you create a mouse model with a condition akin to Alzheimer’s?

The development of mouse models is inspired by genetics. There are two forms of Alzheimer’s: a sporadic form that occurs only in the elderly, and a familial form that sets in much earlier. In the second case, we often know exactly which genetic mutation is causing it. We insert human genes with these mutations into the mouse DNA so that the mice overproduce, in particular, the protein from which amyloid-β originates.

The engineered mice form amyloid plaques similar to human patients, and they also have memory impairments. Yet it is important to mention that these mice don’t model all aspects of the disease. Many of them don’t have tangles of tau, for example.

So they mimic the early-onset form of Alzheimer’s rather than the one that relates to aging?

Yes, but in terms of the clinical symptoms and the way the brain tissue is affected by the disease, the two are not very different. So we believe that the mice are also useful to understand the aging-related form.

When you first applied this new imaging technique to look at the brain activity of a mouse overproducing human amyloid-β, did you find what you expected?

No. Our hypothesis was that the brain cells surrounding amyloid plaques would be silent. But we found the opposite — many of these neurons were hyperactive. In the hippocampus, a crucial area for consolidating memories, this hyperactivity appeared even before the formation of amyloid plaques.

This suggests that the hyper activity is not due to the plaques themselves, but to amyloid proteins in solution: Amyloid plaques tend to be surrounded by a halo of soluble amyloid-ϐ. Reassuringly, the hippocampus was subsequently also found to be hyper active in people with very early Alzheimer’s.

Could this hyperactivity be an attempt by healthy cells in the hippocampus to compensate for other cells that may have been damaged by the disease already?

That was the first hypothesis that many people had, that the hippocampus had to work a little harder to maintain its memory function. There is an increasing evidence, however, that this might not be true. In human studies, the cognitive decline is faster in people who have the highest levels of hyperactivity. This is the opposite of what you would expect if a more active hippocampus helps them to compensate for the damage. And in mice, it has been shown repeatedly that hyperactive neurons are in fact detrimental to normal function.

Might we say that rather than working harder, they are just making more noise?

Yes. If certain cells are active the whole time, they can drown out the meaningful signals of others.

Could this hyperactivity explain some of the symptoms seen at early stages of Alzheimer’s?

A certain degree of coherent activation of the hippocampus and the cortex is important for the successful storage and retrieval of memory. Hyperactivity impairs this communication, and mice with a hyperactive hippocampus are impaired in cognitive and behavioral tests. When we treat them to reduce the hyperactivity, however, the communication is normalized, and their behavior improves.

Hyperactivity might also disturb the activity and coordination of brain regions in the so-called “default mode network” — a number of interconnected brain areas that are active when we are not performing a task, when our mind is left to wander. This network plays an important role, for example, in the formation of memories about oneself, such as when and where one had lunch yesterday — known as self-referential memories.

I think it is important to mention that apart from memory impairments, many people with Alzheimer’s also experience depression, attention deficits or sleeping problems early on — symptoms that we didn’t use to pay much attention to. It is not clear whether these are all manifestations of the disease or early risk factors for developing it, but it could be that some of these also relate to changes in the default mode network. Depression, for example is affected by the same circuit; it has many self- referential aspects.

The link with sleeping problems is interesting and worrying. What is known about it?

I started looking at sleep in mice after noticing that my patients in the memory clinic often complain about sleep impairments. If we look at the electrical activity of the human or mouse brain using EEG [electroencephalography, a recording of electrical activity in the brain], we can see distinct slow waves traveling across the brain during the deeper stages of sleep. It turns out that these waves are less coherent, and therefore quite probably impaired, in Alzheimer’s.

Sleep could be a major driver of Alzheimer’s progression, as we now know it is affected very early on. Many studies show that the proteins we believe are driving the disease are released in larger quantities when we are awake, and that sleep may assist in their removal. In that sense, sleep hygiene — minimizing the impact of factors such as activities or drinks that may interfere with your sleep — is important. But again, we don’t yet know for sure that sleep deprivation contributes directly to the development of Alzheimer’s. It could also be that sleep disturbances are just an early symptom of the disorder.

Can sleeping pills be part of the solution?

The problem with sleeping pills is that they often suppress the normal rhythm of sleep. Most of the drugs we typically use change normal sleep physiology — some of them are more like anesthesia.

It’s not the normal kind of sleep that is healthy for you. They can provide huge relief, for a short period of time, if someone really does not sleep, but it’s not a permanent solution.

Have the hyperactivity findings inspired any new pharmacological approaches to Alzheimer’s?

We believe hyperactivity might also contribute to the epilepsy-like — or epileptiform — activity first described in mice that overproduce human amyloid-β by the lab of Lennart Mucke at UC San Francisco. Many clinicians were initially skeptical, but it turns out that such activity occurs in 15 percent to 25 percent of Alzheimer’s patients.

Now there are experiments with the epilepsy drug levetiracetam, which has been shown to reduce epileptiform activity in the amyloid-β mouse model while also improving their cognition. It is being tested in a large-scale phase III clinical trial to see if it can help in early Alzheimer’s.

Quite a few other medical trials for Alzheimer’s that were trying to prevent the formation or reduce the concentration of amyloid-β have ended early. What might they have missed?

First of all, there are still amyloid-targeting treatments in phase III trials, and I do really hope that some of them might turn out positive. But I think the recent setbacks point to the fact that the mice we use are incomplete models, and that the other protein, tau, might make the difference.

Many groups have shown we can basically cure these amyloid-producing mice. But it’s not effective in patients, because they also have the tau protein. The current thinking in the field, which is reflected in the design of the clinical trials, is that there is no particular interaction between amyloid-β and tau. But research over the last few years, including our own, shows that there is a synergy between the two proteins, and that amyloid-β might make the effects of tau worse.

In your most recent study, you have tried to cast light on the way the two proteins interact. It shows that when neurons in the brain of mice are engineered to overproduce human tau as well as amyloid-β, they are not hyperactive, as they are in the amyloid-only mice, but silenced. That seems quite contradictory — how might these results be reconciled?

I think it is really important to look at how the disease progresses in space and time. It is indisputable that about a fifth of patients have epileptiform activity early on — that the hippocampus is hyperactive in many patients with early Alzheimer’s — and that when they are interacting with the outside world, their default mode network often does not turn off in the way it normally would. So there is plenty of evidence of increased activity.

At the same time, we have known for a while that the brain is silent later on in the course of the disease — studies show a decrease in metabolism and blood flow.

We have a simple model right now that is based on what we see in patients’ brains. Amyloid plaques appear first, and as long as we mostly have amyloid-β, we expect to see more hyperactivity. Then when tau starts to spread, it will gradually become dominant, and more and more nerve cells will be silenced. This silencing may be reversible — in the mice, at least, these cells are not dead, but in a resting state. Yet to prevent or even repair this situation, I think we will very likely need to target both proteins at the same time.