The Growing Burden of Cancer 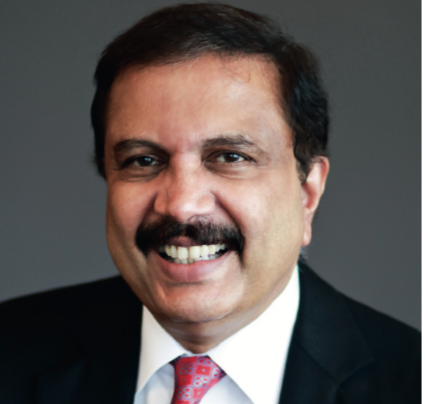 On the occasion of World Cancer Day, 4 February 2020, the World Health Organization (WHO), and the International Agency for Research on Cancer (IARC), the specialized cancer agency of the WHO, released two coordinated reports. Unfortunately, this critical information has all but sunk under the immediate global priority of the Coronavirus outbreak. The alarming findings revealed in the reports have not triggered the urgency they deserve or the discussions that they should have.

The 'Emperor of All Maladies', as Dr Siddhartha Mukherjee described cancer in his iconic Cancer Biography, is a devastating disease, and touches almost every human on the planet. Each of us has a close one or at least a known one, fighting 'the Big C', or one who has lost the battle to it. High-income countries have optimistic things to report on their cancer pages; the cancer mortality rates there are indeed falling. But this is not the case with the many low and middle-income countries (LMIC). Cancer mortality rates are on the rise here. Even now, the LMIC are grappling with facilities for cancer treatment, including timely and quality diagnosis, and comprehensive treatment.

The WHO warns that, if current trends continue, the world will see a 60% increase in cancer cases over the next two decades. The highest increase (an estimated 81%) in new cases will occur in LMIC, where survival rates are currently the lowest. In 2018, worldwide, approximately 10 million deaths from cancer had been reported. The same year threw up 18.1 million new cases. The latter figure is anticipated to double, to 29-37 million new cancer cases, by 2040. And this, in the LMIC, where more than two-thirds of the world's cancers will occur. The unfortunate situation of a cancer patient having the stigma of being afflicted by a terminal illness continues even now in some LMIC countries. Even though cancer affects vast populations in the highly productive and income-generating age group, the lack of accessibility and affordability of quality cancer care leads to a tremendous amount of morbidity and mortality.

Yes, there indeed has been innovation and improvement in diagnosing cancer and treating it over this decade. But the distribution and uptake of these services, medicines and technologies have been profoundly inequitable and inefficient. High income countries are better placed to handle cancer, and they have adopted prevention, early diagnosis and screening programmes, which together with better treatment, have contributed to an estimated 20% reduction in the cancer mortality between 2000 and 2015. Still, low-income countries only saw a decrease of 5%. Obviously, there is inequality in cancer care.

As the WHO director-general Dr Tedros Adhanom Ghebreyesus said, "At least 7 million lives could be saved over the next decade, by identifying the most appropriate science for each country's situation, by basing strong cancer responses on universal health coverage, and by mobilizing different stakeholders to work together", Being diagnosed with cancer shouldn't be a death sentence just because you are born in a low-income country where there is no access to health care or the means to pay for it. Together, let's all work towards reversing the tide of cancer. The first logical step to know the size of the Emperor of Maladies is to have a cancer registry established in all LMIC countries as soon as possible.